Hey, how are you doing with this summer? Do you know that apricots are in season now? For sure you know already but the best time for cooking with apricot is right now. Towards mid-August, the apricot gets sweeter than ever and ripe enough to cook with it. When you visit the local farmers market in Vienna, you can find well ripe apricots everywhere. Even you can buy on the way to your holiday in Austria, sometimes farmers are selling right beside their farm, that’s the best spot you can get the best apricots. Eating as it is without cooking is heavenly sweet and great but you can have a meal for summer day lunch.

Why don’t you try to make it now?!

For the lunch in my kitchen, I cooked apricot dumpling, Marillenknödel in Austrian German, with potato dough instead of yeast dough (Germknödel). The classic recipe is with yeast dough but we have too many potatoes at home and thought we can use them for this and I like the potato dough personally. But I can tell you that with yeast dough is more fluffy and soft based on my another attempt with yeast dough. So don’t get too limited by the type of the dough just use whatever you have and prefer.

If you are in family holiday somewhere in Austria or other neighbouring countries at the moment, get some apricots in the local market near you and cook with your kids. It could be a nice family cooking activity you can do with your kids without much hassle. Have fun and enjoy happy food!

Celebrate the apricot season in Austrian way with Marillenknödel, Austrian apricot dumpling! Prepare the potato dough mixing boiled and grated potato with butter, egg yolk, and butter. Make dumplings placing apricots which are filled with sugar instead of seeds.

Course: Dessert, Main Course
Cuisine: Austrian
Servings: 4 people
Author: JoJo
Ingredients
Apricot Dumpling
Garnish
Instructions
Recipe Notes
If you have too much potato dough left then you can make gnocchi! Or not enough dough and apricots are left then eat them simply or make an apricot compote.

I was so surprised when I found out about that sometimes you have sweet dish as a main in Austria (not only Austria but also other neighbouring European countries) such as Palatschinken (Austrian pancake), Kaiserschmarn (Austrian pancake with raisins), Buchteln (Austrian sweet yeast buns), Marillenknödel (Apricot dumpling), and more. They all sound more like a dessert but also you can take the main dish. It’s still a bit strange for me to eat this sweet dish as a main but I like to eat and cook. Although with this little cultural shock, I do make  Austrian sweet main dish from time to time since I live in Vienna.

Here is a Wachauer Marillenknödel recipe, if you want to try more traditional way!

Tips for Being Green

+ We only use egg yolk for the dough so there will be egg white left. You can keep this leftover egg white in the freezer if you don’t have the plan to cook with it in a day. Or you can make French Meringues, it’s easy to make and nice nibbles for everyone. Here is a short instruction for you: Preheat the oven to 215°F (200-250°F depends on your oven condition). Prepare a baking tray with a baking paper sheet aside. Whisk the egg whites add a pinch of vanilla sugar or extract syrup (if you don’t have, then skip it) and salt. Increase the whisking speed and adding sugar (25-30g per egg) until it gets firm peaks. And then place them in the piping bag or just a spoon in mouthful size on the baking tray. Put it in the oven and bake it for 60-90 minutes. 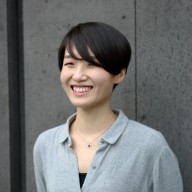